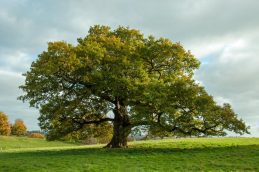 Richard was a 1951 graduate of Frankfort High School.  He had lived in Frankfort until 1972, then moved to West Lafayette.  He had worked for Purdue University for 20 years, retiring in January of 2000.

Richard is survived by a daughter, Penny Arlene King and was preceded in death by his parents, brother, Fred Stinson and a sister, Betty Hibner.

Anyone with family information on Richard C. Stinson is asked to call Goodwin Funeral Home, 765-654-5533