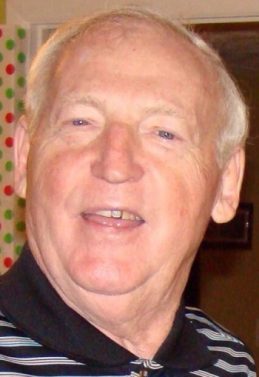 Richard A. “Dick” Henderson, 73, of Kokomo, died at 7:34 p.m. November 21, 2016 at St. Vincent Kokomo Hospital.  Born January 18, 1943 in Frankfort, Ind., to the late James F. & Helen (Roe) Henderson.  He married Leah Chandler on June 14, 1963 in Frankfort and she survives.  Dick was a 1961 graduate of Frankfort High School and lived most of his life in Frankfort.  He worked for Chrysler Corporation in Kokomo for 30 years, retiring in 1993.  He was a member of the First Church of the Nazarene.  After retirement, Dick enjoyed being a handyman.

Visitation will be 4-8 p.m. Friday, November 25, 2016 at Goodwin Funeral Home. Funeral Services will be 10 a.m. Saturday, November 26th at the funeral home. Entombment will be in Green Lawn Mausoleum.