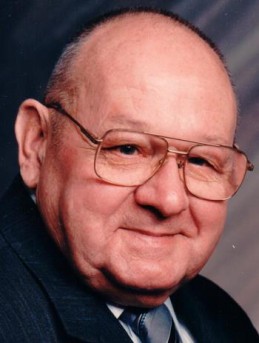 Rev. Frank Williams 96, of rural Frankfort, IN, died at 10:15 a.m. Friday, February 26, 2016 at St. Vincent Frankfort Hospital.  Born July 26, 1919 in Lebanon, IN to Brook & Mary K. (Lemon) Williams. He married Minnie Farris on February 24, 1942 in Indianapolis and she preceded him in death on March 24, 2006. Rev. Williams was born and raised in Boone County and had lived in Clinton County since 1946.  He attended a one room school house for 3 years and was a 1938 graduate of Pinnell High School.  A veteran of the U.S. Army Air Corps, he served on the home front from 1942 – 1945.  Rev. Williams was a farmer as well as a self-employed mechanic for most of his life.  He worked for International Harvester from 1964-1972.  He served his Lord pastoring several churches in Montgomery and Boone Counties.  He had been a member of the Antioch Church since 1948.

Visitation will be 4-8 p.m. Tuesday, March 1, 2016 at Goodwin Funeral Home and one hour prior to the service at 10:30 a.m. Wednesday, March 2nd at the Antioch Church. Pastor Dave Klipp will officiate. Burial with Military Honors will be in Green Lawn Memorial Park. Memorial donations may be made to the Antioch Church Building Fund.