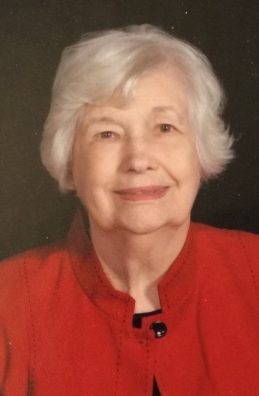 Dolores obtained two Master’s Degrees of Library Science from Saint Frances University in Fort Wayne, IN. She also obtained a Bachelor’s Degree in Education from Ball State University. She had retired from the Steuben County Metropolitan School District as the head Librarian of the district. Dolores enjoyed doing word puzzles, watching her favorite TV shows, and spending time with her dog, Princess. She was a member of New Haven United Methodist Church. She and her husband enjoyed traveling, including twice to see the Passion Play performance in Germany

A private funeral may be viewed via Facebook livestream by visiting https://m.facebook.com/DOMcCombPineValley on Thursday, December 31 at 11am. Public visitation will be held on Wednesday, December 30, 2020 from 5pm to 8pm at D.O. McComb and Sons Pine Valley Park Funeral Home, 1320 E. Dupont Road, Ft. Wayne. A second visitation will be 10-11 a.m. Saturday, January 2, 2021 at Goodwin Funeral Home, 200 S. Main St., Frankfort. Funeral services will begin at 11 a.m. Saturday at the funeral home. Burial will be in Hopewell Cemetery, Frankfort, Ind. Memorial contributions may be made to The Alzheimer's Association.

She was preceded in death by her husband, James Richards; daughter, Donna Phillips; sister, Bernice Cody; and parents, Della and Paul Barbee.