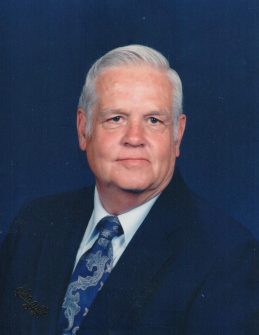 Raymond L. Silver, 89, of Kokomo, Ind., died December 15, 2017 at Community Howard Regional Health in Kokomo.  Ray was born on February 14, 1928 in Oriskany Falls, NY to Raymond J. and Sarah L. (Jipson) Silver.  He graduated from O.F. High School, where he was president of the Student Council and Student Monitorial Board.  In May of 1955, he married Joanna Thompson of Jefferson, Ind. and she survives.  A veteran of World War II, he enlisted in the Army Air Force and graduated from the Air Training Command as a RADAR repairman and was assigned to the Ninth AAF Headquarters at Greenville, SC.  Before his honorable discharge, he served in Alaska at a remote RADAR station near Homer, south of Anchorage.

He attended Purdue University, and worked part-time at the WRH residences.  He graduated with a B.S. degree in Science and was employed by Allison Division of GMC as an electronics tech. in the aircraft Turbojet/Turboprop Engine Engineering Department.  He was reassigned to the Photoelasticity Lab of the Research Department to assist in the design of engines and pressure vessels for the Minuteman I missile.  He was promoted to research engineer in the Physical Optics Lab to design optical energy collectors for space applications.  He joined Delco Radio Division of GMC in 1960 as the test engineer of semiconductors to be used in the Minuteman I missile.  He assisted in establishing the newly formed Physics of Failure of Semiconductors Lab in the Research Department and, as Project Engineer, developed the extensive X-ray Laboratory, which included X-ray Radiography, emission, diffraction and topography instrumentation.  His work assignments soon included all phases of manufacturing, processing, and materials plant wide.  He was promoted to Senior Project Engineer of the Semiconductor Surface Physics Group, establishing a laboratory consisting of scanning electron microscopes, Auger electron, ESCA and X-ray instruments.  He retired from Delco Electronics Division in 1987 after 32 years of service with GMC.

Ray was active in the community, volunteering as an instructor in an experimental Indiana/Purdue project, teaching electricity and electronics.  The project soon became the IVY Technical College of Kokomo, where he became a part-time member of the staff.  He aslo taught additional classes in electrical motors/generators and mathematics.  He was Scoutmaster of Boy Scout Troop 516 (316) and later served as Committeeman in Troup 509.  He was active in St. Luke’s United Methodist Church, serving in the Indiana State migrant food program, church food pantry, budget and mission committees.  He was an active member of the Builder’s Class and Joy Fellowship.

He had many interests and hobbies including:  carpentry, woodworking, model making, ceramics, cake decoration, amateur radio (WB9SIS), computers, motorcycle riding, hiking and camping.  He was a bibliophile; his favorite subjects were the American Revolution and Government, WWII technology, science and engineering.  He was a member of the American Legion Post 317 (Greentown), Golden K. Kiwanis, NY Ontario & Western Railroad Historical Society and the NY Limestone Ridge Historical Society.

Private family services are being planned.

He was preceded in death by a son, Thomas and a brother Clarence Silver

One Condolence for “Raymond L. Silver”