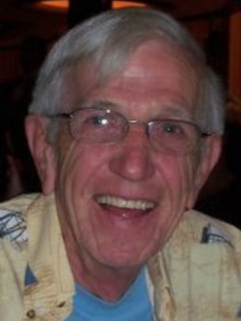 Raymond L. Jackson Sr. 72, of rural Frankfort, died at 12:15 a.m. February 18, 2015 at home, following a brief illness. Born December 11, 1942 in Frankfort, IN to Charles & Helen (Campbell) Jackson.  He married Diana Merrifield on August 22, 1962 and she survives. Mr. Jackson was a 1962 graduate of Clinton Central High School. He had worked at Scheid Oldsmobile Cadillac, Crellin Plastics in Frankfort from 1973-2003 and NTK in Frankfort from 2005 until his retirement on December 31, 2010. Raymond enjoyed all times with his family, spending time with the foreign exchange students that their family hosted, traveling, drag racing, show cars and was an avid sports fan.

A memorial visitation will be Thursday, February 19, 2015 from 5-7 p.m. at Goodwin Funeral Home. Private family services will be held. Memorial donations may be made to the Clinton County Humane Society, P.O. Box 455, Frankfort, Indiana.