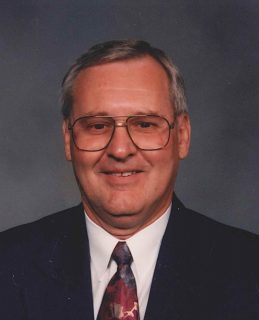 Ray started in the car business in 1960 and moved his young family to Frankfort in 1972 and founded the Ray Rudd GM dealership which operated until 2008.  The dealership received numerous awards from General Motors including Best in Class.  Ray was a true car man.  He was a 1958 graduate of North Judson High School.  He loved to sing and was a song leader and deacon in the Baptist Church for many years.  Ray was a true “People Person” who was dedicated to giving both publicly and privately to civic and personal charities.  He was a loving grandfather and could always be seen at Frankfort Hot Dog athletic events.  One of his passions was Hot Dog Basketball and he sat in the same seats at Case Arena for many years.

Funeral services will be held at 11 a.m. Friday, December 23, 2016 at the Goodwin Funeral Home. Friends may visit from 3-8 p.m. Thursday, December 22, 2016 at Goodwin’s. Burial will be in Bunnell Cemetery. Memorials may be made to the Frankfort High School Basketball Team.

In addition to his parents, Ray was preceded in death by 4 brothers and 2 sisters.