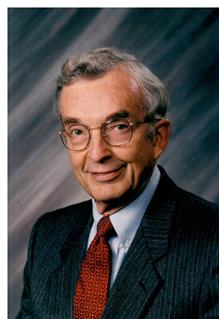 Ray C. Blakely 94 of Frankfort, IN, passed away August 5, 2014 at Wesley Manor in Frankfort. He was born February 26, 1920 in Bloomington IN to Raymond & Adelia (Grant) Blakely
and married Nancy Dilks on April 18, 1946 in Richmond, who survives. Mr. Blakely was a Bloomington High School graduate, a 1942 graduate of Indiana University and did his masters work at New York University. A veteran of the U.S. Army Air Corp, he served from June 5, 1942 to November 19, 1945, attaining the rank of First Lieutenant. Ray moved to Frankfort in 1957. He managed and then purchased Adler’s clothing store, changed the name to Adler-Blakely’s and then Blakely’s Women and Children Clothing Store in Frankfort, retiring in 1985. Memberships included the First Christian Church in Frankfort, Frankfort Rotary and its Babe Ruth Baseball Program, Active member of the Frankfort Country Club and helped to build the pool, Downtown Merchants Association, Frankfort Main Street, Clinton County Chamber of Commerce, Toastmasters in Bloomington, served on the committee to build Wesley Manor, helped to organize the Frankfort Hot Dog Festival. Ray served on the IU Alumni Association Executive Council for 2 terms. He and Nancy enjoyed world travel, playing golf and their grandchildren.

Services will be held at 2 p.m. Saturday, August 16, 2014 at the Goodwin Funeral Home. Visitation will be held from Noon until the time of service. Burial will take place at Green Lawn Cemetery. In lieu of flowers donations may be made in Ray’s memory to the Wesley Manor Good Samaritan fund, Frankfort First Christian Church, or the Alzheimer’s Association. Online condolences may be left at goodwinfuneralhome.com