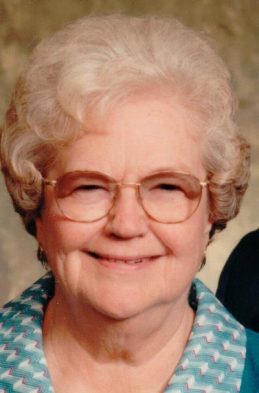 Phyllis M. Brant 85, of Frankfort, IN, died at 12:30 a.m. Monday, May 16, 2016 at Wesley Manor Health and Rehabilitation Center.  Born August 25, 1930 in Frankfort, Indiana to Herman & Fairy (Snodgrass) Davis.  She married Donald E. Brant on December 19, 1948 in Frankfort at the First Baptist Church and he preceded her in death on December 23, 2013. Mrs. Brant was a 1948 graduate of Michigantown High School.  She was secretary for the Indiana Dept. of Transportation, Frankfort office, for 21 years, retiring on May 31, 1994. She was a member of the Boyleston Baptist Church and the former Boyleston Homemakers Club.  Phyllis vacationed with Donald in Florida for two weeks every winter for over 30 years.  She enjoyed spending time with her grandchildren.

Visitation will be 1-3 p.m. Thursday, May 19, 2016 at Goodwin Funeral Home, 200 S. Main St. Funeral service will follow at 3 p.m. at the funeral home. Entombment will be in the Clinton County Mausoleum at Green Lawn Cemetery. Memorial donations may be made to the Boyleston Baptist Church; envelopes will be available at the funeral home.

In addition to her husband and parents, she was preceded in death by a brother, C. Robert Davis.