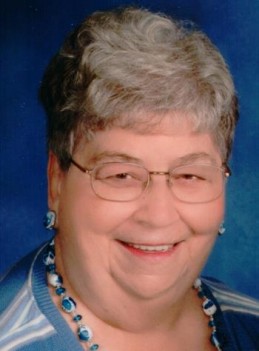 Peggy Jean Carr 70, of Frankfort, IN, died Saturday, January 24, 2015 at I.U. Health Arnett in Lafayette.  Born March 16, 1944 in Frankfort to the late Raymond & Dimple (Watson) Carter. She married Walter Calvin Carr on June 14, 1963 at the First Baptist Church in Frankfort and he survives.  A 1963 Frankfort High School graduate, she was a lifelong Frankfort resident. She worked at Peter Paul for 16 years and was a school bus driver for Frankfort Schools for 20 years, retiring in 2005. Peggy was a member of the Grace Baptist Church. She played Peter Paul co-ed softball, was on the Peter Paul Bowling team, played the bass drum for the Fun Time Band and enjoyed spending time with her grandchildren.