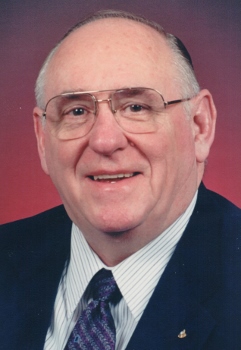 Paul Arthur Mangis 77, of Frankfort, died Sunday, September 11, 2016 at his home. He was born on December 4, 1938 in Frankfort, IN to Elmer & Ona (Elder) Mangis.  Paul married Martha Hurt on September 22, 1960 and she survives.  Mr. Mangis was the Owner of E & R Manufacturing in Kirklin, where he worked a majority of his career.  He was a lifelong Clinton County resident and a 1956 graduate of Frankfort High School. He was a member of the First Christian Church of Frankfort.  Paul was a member of Clinton Masonic Lodge and was very involved in the Lodge, leading the Indiana Priory #8 Knight York Cross of Honor in 2013, was honorary member of several local Masonic Lodges, member of Order of the Eastern Star, Murat Shrine in Indianapolis, order of Purple Cross in the York Rite, High Twelve and the Grotto in Lafayette. Paul also was a member of the Moose Lodge #7 and the American Legion in Kirklin.  He loved all things mechanical and had a special interest in photography.

Funeral services will be held at 11 a.m. Friday, September 16, 2016 at the Goodwin Funeral Home. Friends may visit from 4-8 p.m. Thursday with Masonic Rites held at 7:30 p.m. Burial will be in Green Lawn Memorial Park. Memorial donations may be made to the Shriner’s Hospital or the Clinton Masonic Lodge #54.

13 Condolences for “Paul A. Mangis”