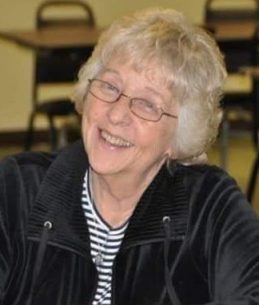 Aunt Pat graduated from Clinton Central High School in 1961.  After graduation, she worked at General Battery, Landis Gear and later at Radian Research in Lafayette, from which she retired in 2007. She enjoyed playing the keyboard and she sang along with her husband in the band Country Rhythm Boys + One, which later became known as the Stonecreek Band.

Visitation will be held on Wednesday, December 28th, from 3-7 p.m. at Goodwin Funeral Home, 200 S. Main St., Frankfort, followed by a funeral service on Thursday, December 29th at 10 a.m. at the funeral home. Burial will take place at Scott Cemetery. Memorial donations may be made in Aunt Pat’s honor to St. Jude Children’s Research Hospital, 501 St. Jude Place, Memphis, TN 38105.