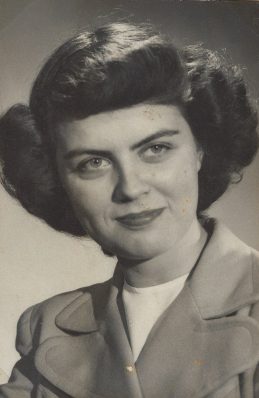 Patricia was a 1950 graduate of Frankfort High School. She had worked for Jules Simon, Mack Machine, Clinton County Sheriff Department, Camera Shop and worked in the Clinton County Treasurer Office for 11 years, retiring on November 31, 1998.  She was a member of the First Baptist Church, Republican Women, Foresters and the German-American Club. Patricia was known for her kindness, genuineness and her unconditional love.

We would like to thank the Mulberry Health for the exceptional care they provided our mother, especially the 100 wing.

Visitation will be 12-2 p.m. Sunday, October 9, 2022 at Goodwin Funeral Home, 200 S. Main St., Frankfort. Funeral services will begin at 2 p.m. at the funeral home. Burial will be in Bunnell Cemetery. Memorial donations may be made to the Clinton County Cancer Fund.

6 Condolences for “Patricia A. Major Scott”