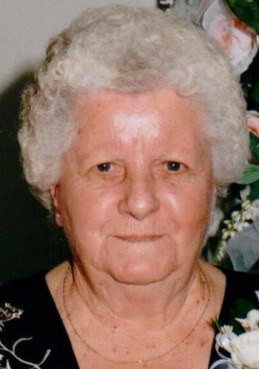 Pansy R. Spears 93, of Frankfort, died at 11:18 a.m. May 2, 2015 at Milner’s Retirement Center.  Born February 5, 1922 in Burkesville, KY to the late Dollie & Amanda Elizabeth Thacker and her grandfather, Nickols Thacker helped raise her. She married Frank Vaughn and he passed away. She then married Wade F. Spears in 1948 and he preceded her in death in 1986.  Mrs. Spears attended school in Kentucky. She was a member of the Pilgrim Holiness Church. She had worked at several different places in Frankfort and retired from National Cigar after 42 ½ years. Mrs. Spears enjoyed gardening and the outdoors; she loved family dinners and her grandchildren.

Visitation will be Friday, May 8, 2015 from 2-4 p.m. with the service beginning at 4 p.m. at Goodwin Funeral Home. Burial will be in Bunnell Cemetery. Memorial donations may be made to the Alzheimer’s Association.