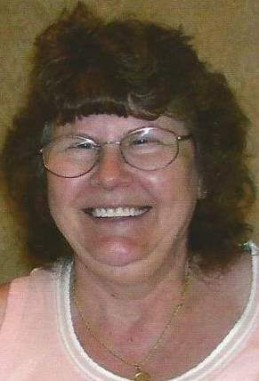 Pamela Joan Young 62, of Scircleville, IN, died January 9, 2016 at 1 a.m. at her home.  She was born December 22, 1953 to  Earl “Wayne” and Carolyn Joan (Bitner) Cardwell.  On December 10, 1971 she married Ronnie L. Bray. She then married John E. Young on July 7, 1997 in Tipton, IN and he survives.  Pam had worked at National Seal, Crellin, Walmart and most recently the Tech Group, all in Frankfort. She graduated from Tipton High School in 1972. For over 30 years she was a member of the Kirklin Assembly of God, where she taught Sunday school. She loved spending time with her family, going to church, sightseeing, the mountains, her flower gardens. Pam was a collector of angels. Her gift was being there for others when they needed help.