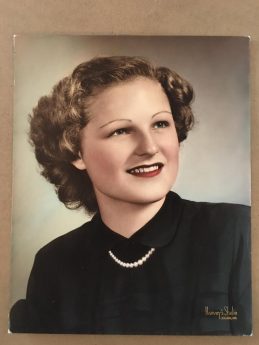 Orpha Louise Boggs (Hendrix), 89 passed away at Ridgecrest Health and Rehab Center in Deland, Florida surrounded by her daughters on Monday, August 30, 2021.

Orpha, the oldest of 5 children, was born on March 9, 1932 in Antioch, Indiana to Gerald Dean Hendrix and Blanch May Hendrix. She grew up in Frankfort, Indiana, graduated from Jackson Township High School and married Willis Hale Boggs on June 16, 1951. They were married for 69 years. They raised their family in Brownsburg, Indiana. After she retired from Indiana National Bank, they moved to Ocklawaha, Florida where they built a home near the Ocala National Forest and enjoyed the quite life. After some health issues, they moved to Winter Springs, Florida to be closer to better healthcare systems and to their grandchildren. She enjoyed sewing and gained a reputation in Brownsburg for being the town seamstress. She had a sewing studio in her home and worked for Bernice’s Fabrics for several years. She was a member of Brownsburg Christian Church where she and her husband, Will taught Jet Cadets Bible Study for several years. While living in Winter Springs she was a member of Cross Life Church in Oviedo and worked part time as a cashier in the Oviedo Target where everyone knew her as “the Target Lady”. She always had a smile and a quick, friendly conversation with her customers. They would literally stand in her line when there were others open.