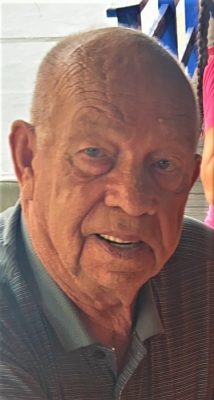 Funeral services will be held at 2:30 p.m. on Thursday, October 27, 2022 at Goodwin Funeral Home.  Pastor Mitch Fairfield will officiate. Entombment will follow at Rest Haven Memorial Park Mausoleum, Lafayette.  Friends may visit from 12:30 p.m. until the time of service at 2:30 p.m. at the funeral home.

Surviving are his Daughters: Rita (Scott) Thomas of Champaign, IL, Norma McFarland (Bill Kaiser) of Elwood, IN, and Edith Dewey of Lafayette, IN; Son: Jesse (Theresa) Fairfield of California; Brothers: Bill Fairfield of Cloverdale, IN, Raymond (Penny) Fairfield of Michigan, Paul (Beth) Fairfield of Lebanon, IN, and Jesse Fairfield Jr. of Thorntown, IN; Sister: Louise Hudson of LaPorte, IN; 15 Grandchildren; and 46 Great-Grandchildren.

He was preceded in death by his parents, wives, and brothers: David Fairfield and Marion Fairfield, and sisters: Helen Smith and Anna Fairfield.