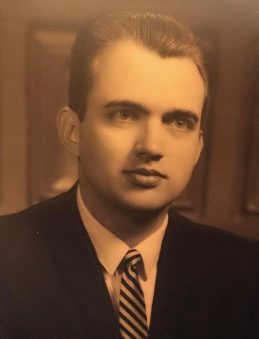 Millard Morrill “Mo” Morrison, 91, passed away at home on December 27, 2021. He was born on November 25, 1930 in Frankfort to Millard C. Morrison and Grace Morrill Morrison. He married Mary Ann Steele in Valparaiso on June 22, 1957 and she survives.

He enjoyed his law practice and clients; breakfast with friends at the old Southside Cigar Store; participating in Rotary and his fellow Rotarians; summers in Maine; playing with his golden retrievers, Oakley and Rummy; telling stories; boats of all kinds; IU tailgates; attending Boston Red Sox, IU football and basketball games. Most of all he loved spending time with his children and grandchildren and attending their activities.

He was preceded in death by his parents, infant daughter Carolyn, and brother Martin A. Morrison.