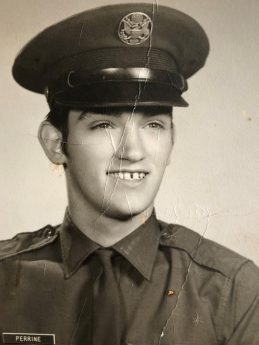 Mike was a graduate of Clinton Central School. He was a concrete laborer, working for Jim Michael Construction for 21 years.  A veteran of the U.S. Air Force, he served from October 18, 1971 to February 8, 1974.  He was a member of the Faith Family Ministries.  For many years, he worked with the Salvation Army as a bell ringer and enjoyed dressing as Santa Claus during the Christmas season.

Visitation will be 12:30 – 2:30 p.m. Saturday, November 6, 2021 at Goodwin Funeral Home, 200 S. Main St., Frankfort. Funeral service will be 2:30 p.m. on Saturday at the funeral home. Burial will be in Whiteman Cemetery at a later date. Memorial donations may be made to the family to assist with final expenses.

In addition to his parents, he was preceded in death by a sister, Debbie Timmons, grandson Caylen Reed and granddaughter Kylie Wells.

Please complete the information below to make a donation in honor of Mike “Tree” Perrine.