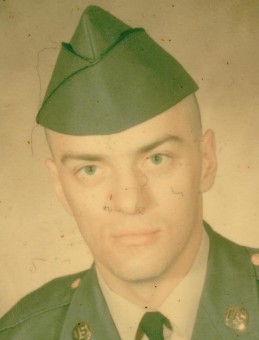 Michael L. MacKenzie 69, of Kirklin, died Sunday, June 29, 2014 at his home. Born May 11, 1945 in Frankfort, IN to the late David & Thelma (Harshman) MacKenzie. He married Kathleen A. Sleater in December of 1977 and she survives. Mr. MacKenzie was a graduate of Frankfort High School and was a lifelong Clinton County resident. A veteran of the U.S. Army, he served from February 13, 1968 to February 6, 1970 in Vietnam. He retired from Engledow Company in Indianapolis, working there for over 25 years. Mr. MacKenzie was a member of the American Legion Post 12 and the VFW, both in Frankfort.

Visitation will be Monday, July 7, 2014 from 12:30-2:30 p.m. at Goodwin Funeral Home. Services will begin at 2:30 p.m. at the funeral home. Burial will be in Green Lawn Memorial Park. Donations may be made to the American Legion or the VFW Honor Guard.

One Condolence for “Michael L. MacKenzie”