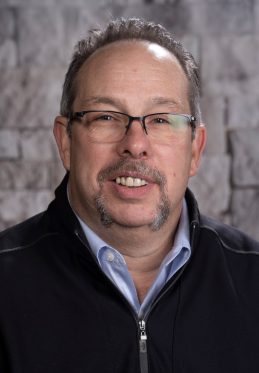 Michael Alan “Mango” Mang, of rural Lafayette, passed away January 2, 2022 at I.U. Health Arnett Hospital, Lafayette, Ind with his devoted wife, Mary, and family at his side.

He was born December 18, 1963, to Gerry & Patricia (Wheatley) Mang in Frankfort, Indiana.  After graduating from Clinton Prairie High School in 1982, he went on to graduate from Purdue University in 1983 as well as ITT Tech and took an Architectural Engineering Technology course at IUPUI. In 1985, Mike and Mary began dating and were soulmates from the beginning. He married the love of his life, Mary Jo Maxwell, on May 19, 1990, and she survives.

Mike was passionate about his three boys; Dale, Dane, and Dillon. He loved coaching them in sports and sharing his love of the outdoors and adventure. The family spent many weekends camping and boating. Later, he took long trips to Key West or day trips on his Harley with Mary and family. Mike enjoyed an epic trip to Yellowstone, Jackson Hole, and Amelia’s uncle’s cabin off the grid. He was always planning the next big adventure.

He was Vice President (and everything else) of Butler Fairman & Seufert Inc. and was proud to work there for 36 years. Mike was awarded the Fred C Burgner Memorial Award in recognition of his extraordinary commitment and dedication to BF&S. His memberships include Jefferson Blue Lodge Vesta 136, where he was Past Master, Frankfort York Rite Bodies Commandery, where he was Past Secretary, York Rite Cross of Honor, Indianapolis Scottish Rite, Pheasants Forever, and a Harley Owners Group (H.O.G.) Member.

Mike had a zest for life that spilled over into every aspect of his life. He was a man of many trades, and master of all. He loved fixing things and could problem-solve anything that would arise. He started his love of cooking, grilling, and smoking meats with Shoup’s cookoff competitions and judging. Mike was an avid sports fan of the Cincinnati Reds, Indianapolis Colts, and Purdue Boilermakers. He could always be found manning the grill at a Purdue tailgate. Family game nights and Sunday family breakfast were a joy to Mike, and he earned the title of World’s Greatest Paps for his grandchildren.

Everyone who knew Michael would agree he had a giving heart, amazing sense of humor, and deep love for family. He was a genuine friend to all that he met and enjoyed taking care of others. It is in these ways that we strive to be like Mike, to honor his legacy.

He was preceded in death by his mother, Patricia, grandparents William & Betty Mang, and Oliver & Mildred Wheatley.