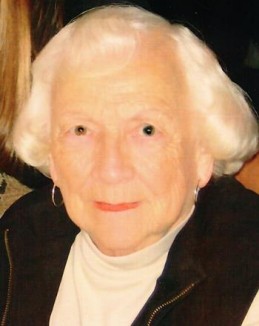 Maryann Beardsley 88, died at home on January 10, 2015. She was born in Kokomo, Ind. on May 1, 1926, the daughter of the late W. Lee and Melba (Richards) Burge. She graduated from Kokomo High School in 1944 and Indiana University School of Business in 1948. Four days following graduating from I.U., she married Frank Beardsley. She then worked for the Director of Admissions at Wabash College until Frank graduated, then at the Finance Center of Fort Harrison while Frank attended I.U. School of Medicine. They were blessed to celebrate 66 years of marriage.

They moved to Frankfort in 1955, thereafter, she was a homemaker and a devoted wife and mother. She served on the Frankfort School Board in the 1960’s and on the board of directors of The Red Barn Theater. She worked with Tom Robison and Jim Davis as the Vice Chair of the Clinton County Republican Party for twelve years. Maryann was honored by receiving two “Sagamore of the Wabash” awards presented by Governor Otis Bowen and Robert Orr. She enjoyed many RV trips, lots of I.U. Basketball games, playing bridge, cooking, the Frankfort Library, catching bluegills and mushroom hunting.

Visitation will be Friday, January 16, 2015 from 3-5 p.m., with the funeral service to follow at 5 p.m. at the First Evangelical Presbyterian Church, 352 W. Clinton St., Frankfort. Private family burial will be in Green Lawn Memorial Park. Goodwin Funeral Home is assisting the family with arrangements. Memorial donations may be made to the I.U. Kappa Kappa Gamma Sorority, Delta Chapter, 1018 E. 3rd Street, Bloomington, IN 47401.