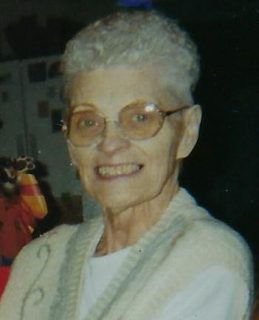 Mary Lou Clingan, 81, of Frankfort, Ind., died December 2, 2018 at Rosewalk Village, Lafayette, Ind.  She was born August 28, 1937 in Clinton County to Clyde Dale & Dorothy (Myers) Elkins.  She was previously married to Junior Ray Baker, Billy Joe Hindsley, and Junior Disinger. Mary Lou married Martin Clingan on March 24, 1980, who preceded her in death on January 11, 1996.    Mary Lou attended Frankfort High School and was a lifelong Frankfort resident.  She had worked for Harmeson/Courtland, Turtle Creek and in the food service industry as a cook for several local restaurants.    She was a member of the Grace Baptist Church.

Visitation will be 1-3 p.m. Wednesday, December 5, 2018 at Goodwin Funeral Home., 200 S. Main St., Frankfort. Funeral service will follow at 3 p.m. at the funeral home with Kevin Alber officiating. Burial will be in Bunnell Cemetery. Memorial donations may be made to the Clinton County Cancer Fund.

In addition to her parents and her husband, she was preceded in death by nephews, Kenneth Wayne Cunningham, Randy Allen Cunningham, David Joe Cunningham and Aaron Hensley.

One Condolence for “Mary Lou Clingan”