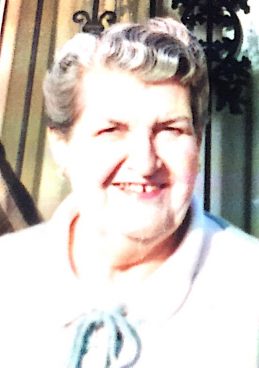 Mrs. Greene spent most of her life as a homemaker raising her family.  She also worked as a Paraprofessional helping with special needs children at Kyger Elementary School in Frankfort.  She had previously worked in the office for the former Alden’s Department Store in Frankfort and the Clinton County Clerks office.  A lifelong Frankfort resident, she graduated from Frankfort High School in 1945.  She was a former member of Tri Kappa and member of the First Christian Church, where she spent years watching children in the nursery.  Mrs. Greene enjoyed reading and volunteered at the Frankfort Public Library with their literacy program helping inmates achieve their GED and assisting both adults and children in the English as a second language program.

Services will be held at 2 p.m. Tuesday, September 27, 2016 at the Wesley Manor Chapel. Visitation will be from Noon until time of service on Tuesday. Burial will follow in Green Lawn Memorial Park. Memorial contributions may be made to Special Olympics, 6200 Technology Center Road, Suite 105, Indianapolis, IN 46278 or online at www.soindiana.org.