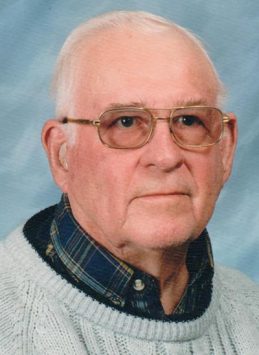 Marvin E. Coffman 93, of Frankfort, Ind., died at 9:49 p.m. September 4, 2016 at Wesley Manor Health and Retirement Community. Born September 13, 1922 at Hillisburg, Ind., to Linden Arthur & Edith Mae (Biddle) Coffman.  He married Dorothy D. Robertson on October 2, 1943 in Advance, Ind., and she preceded him in death on November 5, 1996.  Mr. Coffman attended Frankfort Schools and was a lifelong Clinton County resident. He was a veteran of the U.S. Army.  Mr. Coffman was a meter reader, working for the City Light & Power for 29 years, retiring in October 1, 1987.  He was a member of the Woodside Christian Church.

Visitation will be 9:30 - 11 a.m. Saturday, September 10, 2016 at Goodwin Funeral Home. Service will follow at 11 a.m. at the funeral home. Michael J. Duff will officiate. Burial will be in Green Lawn Cemetery. Memorial donations may be made to Woodside Christian Church

In addition to his parents and wife, he was preceded in death by a son, Thomas Coffman on April 21, 2016 and two brothers, Glenn Coffman and Keith Coffman.