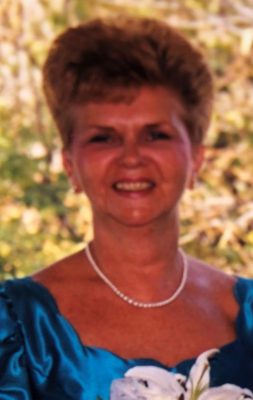 Martha May Moudy, 74, of Frankfort, died Saturday, November 27, 2021 at home surrounded by her family.  She was born April 18, 1947 in Frankfort to Cecil & Grace (Sexton) Dearth.  She was previously married to Harry A. Sheets.  She married William Edward Moudy on October 8, 1994 and he survives.

Martha was a 1965 graduate of Frankfort High School and worked for the Clinton County Assessor’s Office and was the Center Township Trustee for 3 terms.  She was a member of the Community Christian Church.  Martha loved her grandchildren and family.