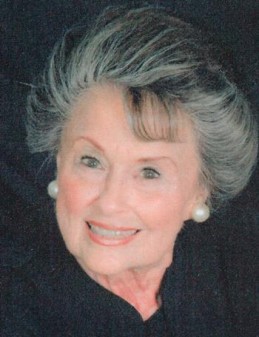 Martha Ann Spurgeon Fisher, 82, Frankfort, Indiana, passed away on Sunday, March 8, 2015 at Harcourt Terrace Nursing & Rehabilitation in Indianapolis. She was born April 20, 1932, in Frankfort and was a lifelong Mother, homemaker, philanthropist, and public servant. She attended Frankfort schools, graduating from Frankfort High School in 1950, thereafter attending Purdue University where she was a member of the Kappa Kappa Gamma sorority. Martha loved life and the people that were ever present in it, whether lifelong friends or an acquaintance. She invested her love in friendships and the service of others through churches in St. Louis, MO, Wilmington, DE, and Frankfort, IN. Her public service was also prominent and lifelong to Kappa Kappa Gamma, where, among other roles, she was a Province Director in the Northeast US, and later in the Midwest US. In Kappa, Martha was also an Honor Key Recipient. In retirement years in Frankfort, Martha was involved in Habitat for Humanity of Clinton County, First Evangelical Presbyterian Church, Literary Groups, and grandchildren. She cherished friends and family above all, and put Wikipedia to shame with her recall of facts and figures about people, events, and Purdue sports. She was also an incredible cook and interior decorator, and an avid member of 4-H and Girl Scouts in younger years.

Visitation will be on Wednesday, March 11, 2015, at First Evangelical Presbyterian Church of Frankfort, IN, (352 West Clinton Street, Frankfort, IN 46041) from 1:00 – 3:00 pm, with services starting at 3:00 pm. The Reverend Paul Copeland will officiate. She will be buried in Frankfort’s Green Lawn Cemetery at a later time in a private ceremony.

18 Condolences for “Martha A. Fisher”