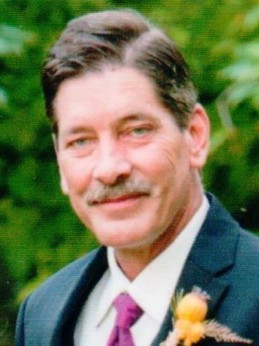 Mark Leland Mathews 55, of rural Frankfort, died April 1, 2016 at his home.  Born November 9, 1960 in Frankfort to the late Russell Lowell & Margaret Geraldine (O’Bryan) Mathews.  He married Linda K. Hurst on November 20, 1982 in Colfax and she survives.  Mark was a 1979 graduate of Clinton Prairie High School.  He worked as a welder and supervisor with Mathews Wire, retiring after 28 years.  He was of the Catholic faith.  Mark enjoyed fishing, collecting antiques, flea markets, auctions, camping and was an avid hunter.

Visitation will be 5-8 p.m. Tuesday, April 5, 2016 at Goodwin Funeral Home. Funeral services will be 10 a.m. Wednesday, April 6th at the funeral home. Burial will be in Scotland Cemetery. Memorial donations may be made to the Clinton County Humane Society.