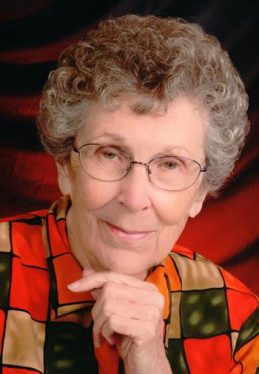 Marilyn Lois Myers Stingley, 87, of Frankfort, died December 1, 2017 at Parkwood Healthcare in Lebanon, Ind.  She was born April 2, 1930 in Frankfort to Roy Cecil & Jennie Alice (Benge) Myers.  Her first marriage was to Von East, Jr. and they divorced.  She then married Robert Stingley on March 17, 1953 and he preceded her in death on July 8, 1979.

Marilyn attended Frankfort High School.  She worked as a paraprofessional for the Community Schools of Frankfort at Kyger and Woodside, and was secretary at St. Mary’s Catholic Church for many years. A member of the St. Mary’s Catholic Church, she was active in Ladies of Charity, the Altar & Rosary Society and was a CCD teacher.  Marilyn was the first female member of the Frankfort Utility Board, serving 8 years, and was the first female on the Frankfort City Council being elected three times.  Marilyn was a lady of faith who shared unconditional love with all and was a caring friend to many.  Her favorite advice was “never lose your sense of humor”.  Her greatest treasure in life were her children and grandchildren.