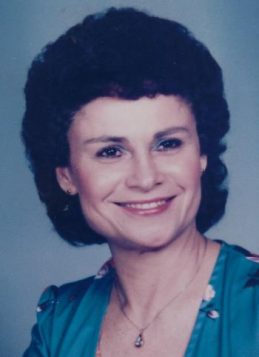 Marianne Dorothea Breitling Biery, 81, of Frankfort, took her last breath on earth but her first breath in Heaven on February 4, 2019 at St. Vincent Hospital, Indianapolis.  She was born March 1, 1937 in Paterson, NJ, to Frederick Christian & Clementine Christina (Arnold) Breitling.  She married Jack Biery on September 6, 1985 at the Grace Baptist Church in Frankfort and he preceded her in death on October 3, 2018. Also preceding her in death are her parents and grand daughter-in-law, Tiffany Timmons.

Marianne was a 1954 graduate of Union Hill High School in Union City, NJ and received her B.S. degree in business from Anderson University.  She was a homemaker and worked for Amerisure Insurance Company in Indianapolis, retiring in 1992.  However, Marianne’s favorite use of time was serving Jesus.  Marianne enjoyed traveling, reading, gardening, and volunteering. She was a 40-year member of the Grace Baptist Church.  She was also a member of the Red Hat Society, and Gold Ladies of Clinton County since 1999, delivered Meals on Wheels since 1993, member of the YMCA Silver Sneakers Club, and was an exhibitor in the Clinton County Fair open class since 2002.  Marianne served in the following ministries; Our Daily Bread Ministries, Christian Communications, Inc., Word Missionary Press, Inc., The Friends of Israel, and The Voice of the Martyrs.

Visitation will be 11 a.m. -1 p.m. Thursday, February 7, 2019 at Grace Baptist Church, 900 S. Maish Road, Frankfort. Funeral Celebration will begin a 1 p.m. at the church. Burial will be in Green Lawn Memorial Park. Memorial donations may be made to World Missionary Press.