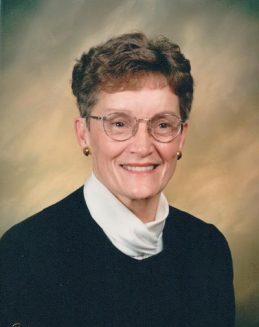 Lynnette Ream Pletch, 77, of Frankfort, Indiana, peacefully went home to be with the Lord on Friday, January 27, 2017, at Blake Medical Center in Bradenton, Florida.

Lynnette graduated from Colfax High School in 1957, where she was a majorette alongside her twin sister Annette Ream Moore.

Lynnette was a homemaker and had worked at Conkright Sporting Goods. She had been a stay at home mother while her three children were young. Lynnette was elected to the Office of Clinton County Surveyor for three terms and retired in 2002. She was a member of the Antioch Church where she enjoyed blocking the exits with her wheelchair so she could spend more time visiting after church. Lynnette was a member and past president of Psi Iota Xi sorority. She also enjoyed attending the events and activities of her children and grandchildren and was always supportive of them in their endeavors. Lynnette was a loving woman with a heart of gold, an eye for mischief and a sense of humor. She was a friend to all, and her infectious smile and laughter will be missed.

Lynnette was an avid quilter and enjoyed sharing her creations with others. She enjoyed spending time with her family and their dogs. She was always happy when Zoey, Bentley, Liberty, and Lua were around.

Lynnette leaves behind a legacy of love and joy, often commenting that she was the most blessed woman in the world for having the family and friends that surrounded her.  Those of us that knew her know that we are the ones who are blessed for having had her in our lives.

her parents, her brother Jerry Ream, and her nephews Gregory Moore and Steven Moore.