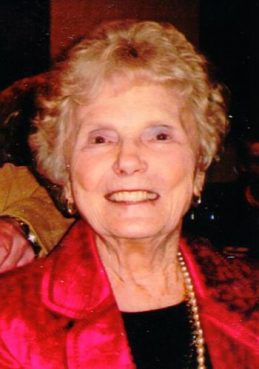 Lucille was a 1940 graduate of Scircleville High School. She lived in Frankfort before moving to Kokomo in 1969.  Lucille was a homemaker and also worked as a hostess for the Williamsburg Inn in Frankfort, worked at Mallory Controls and retired from Delco in 1985 after 13 years.  She was a member of the Antioch Christian Church and was a member of the Mothers Club.  She enjoyed gardening, growing flowers, making flower arrangements, cooking, art and taking care of and loving her family.  Every visit to Frankfort included a visit with her best friend Thelma Whitinger.

Memorial donations may be made to Alzheimer’s Association or American Macular Degeneration Foundation.

Visitation will be 10 a.m. -12 Noon, Saturday, September 9, 2017 at Goodwin Funeral Home.  Funeral Services will follow at 12 Noon at the funeral home.  Burial will be in Green Lawn Memorial Park.

She was preceded in death by 2 sons, Steve Kinsler and Larry Kinsler and a brother, Maurice Fearnow.