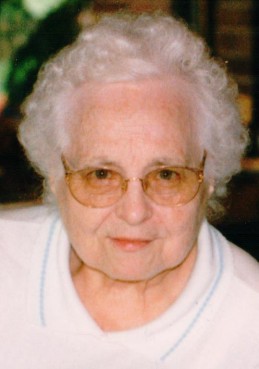 Lois Ellen Bond 93, a former longtime Clinton County resident, died at 3:45 a.m. on January 2, 2014 at The Gathering Together in Plainfield, IN. Born June 30, 1920 in Clinton County, IN to Howard & Naomi (Dulin) Keller. She married Charles Emley Bond on June 30, 1938 and he preceded her in death on October 6, 2009. Mrs. Bond was a 1938 graduate of Scircleville High School and lived in Clinton County for 62 years before moving to Westfield in October of 2008. She was a homemaker and a member of the O.E.S. Clinton Chapter #6 for over 50 years.

Services will be 3 p.m. Saturday, January 4, 2014 at Goodwin Funeral Home. Visitation will begin at 1 until time of service at the funeral home. Burial will be in Whiteman Cemetery. Memorial donations may be made to United Yorkie Rescue, c/o Treasurer Carl Snellenberger, 3924 Miami Ave., Lorain, OH 44053.

1 Daughter: Mary Mulkey of Westfield, IN, Granddaughter: Lisa (John) Hodgin of Carmel, IN and 2 Great Grandsons: Luke and Zack Hodgin, which were the light of her life.

One Condolence for “Lois Ellen Bond”