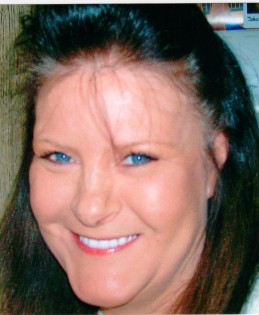 Lisa Darlene Smith, 50, Frankfort, IN Died at 6:30 p.m. March 26, 2016 in her home.  She was born April 25, 1965 in Anderson, IN to Janet Jean (Camp) Pippenger & Clarence “Junior” Pippenger.  She married James Allen Laflen in 1987 and they later divorced.  She then married Jim Smith and they later divorced.  Lisa lived in Frankfort for the last 6 years and had resided in Colorado, Mississippi, and Illinois.  She attended Frankfort Schools and worked as a CNA before becoming a caregiver with Abilities Service, Inc.  She loved being outdoors and enjoyed fishing, camping, music, daytime TV, playing Yatzee with her daughter Tia, playing Texas Hold ‘Em with her son Cody, and simply talking with her son Kyle.

Memorial donations may be made in Lisa’s honor to Abilities Service, Inc.

The funeral services will be 4 p.m. Thursday, April 7, 2016 at Goodwin Funeral Home, 200 S. Main St., Frankfort. Family will receive friends from 2 p.m. until the time of service at the funeral home. Burial will be in Bunnell Cemetery, Frankfort at a later date.

She was preceded in death by her mother, Aunt Dot & Aunt Babe.