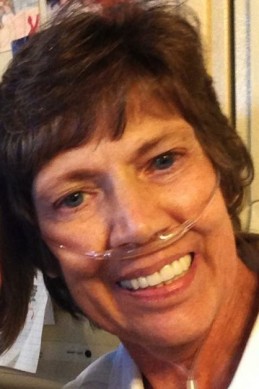 Linda M. Caldwell 60, of Frankfort, died at 12:34 a.m. Tuesday, October 13, 2015 at her home.  Born January 7, 1955 in Clinton County to the late Kenneth D. & Shirley A. (Davis) Smith.  Mrs. Caldwell attended Frankfort High School. She had worked at Clarks, Val Corp. and Indiana Brass. She enjoyed spending time with her grandchildren and her dog, Lizzy.

Services will be held at 2 p.m. Friday, October 16, 2015 at the Goodwin Funeral Home. Visitation will be from 5-7 p.m. Thursday, October 15th at the funeral home. Burial will be in Bunnell Cemetery. Memorial donations may be made to the Clinton County Humane Society.