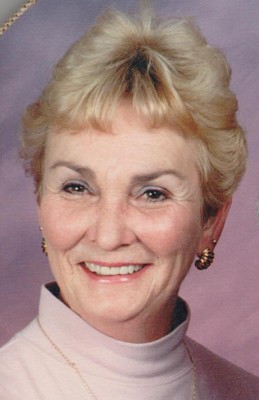 Linda Loretta “Lori” Hamilton 71, of Frankfort, IN, died at 8:24 p.m. March 21, 2013 at Wesley Manor. Born August 16, 1941 in Arkadelphia, AR to William A. & Latha Mae (Kingery) Young. She married Ronald W. “Bill” Hamilton on June 7, 1963 in Long Beach, CA and he survives. Mrs. Hamilton attended High School in Kaiserslautern, Germany. She was a homemaker. Lori was a member of the St. Mary’s Catholic Church, past member of Phi Chi Epsilon Sorority and the Frankfort Women’s Golf Association. She was an avid golfer and loved her dogs, Sparky & Mickie.

Funeral Mass will be 10 a.m. Tuesday, March 26th at the St. Mary’s Catholic Church. Visitation will be Monday, March 25th from 4-7 p.m. at Goodwin Funeral Home with a rosary service beginning at 3:30 p.m. prior to the visitation. Burial will be in Green Lawn Memorial Park.

She was preceded in death by her parents and her in-laws, Robert & Violet Hamilton.