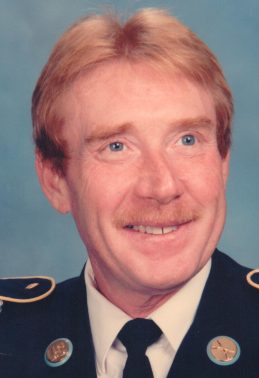 Larry K. Pitzer 74, of Frankfort, IN, died April 28, 2016 at Marion Veterans Administration Hospital, Marion, IN.  Born  September 2, 1941 in Frankfort, IN to Lee & Maxine (Obermiller) Pitzer. Larry was a Veteran of the U.S. Army, serving from 1964-1966.  He was in the National Guard for 20 years.  Larry was a self-employed plumber.  He was a member of the VFW and enjoyed hunting fishing, playing the banjo and being outdoors.

Funeral services will be 2 p.m. Monday, May 2, 2016 at Goodwin Funeral Home. The family will receive friends from 12 Noon until time of service at the funeral home. Burial with Military Rites will be in Green Lawn Cemetery. In lieu of flowers, memorial donations may be made to the Leukemia Foundation.