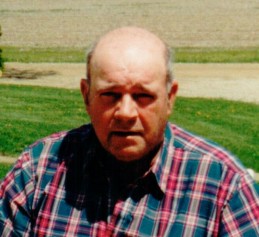 Mr. Calloway worked at Fairfield in Lafayette and farmed for 38 years, retiring in 2001. He was a 1958 graduate of Frankfort High School and served in the Marines from January 1959 to December 1962 as a combat engineer. Mr. Calloway was a member of the Frankfort Eagles, UAW Local 2317. He enjoyed playing cards at the union hall every Tuesday. He was also a former member of the NRA. He enjoyed fishing, hunting, traveling, mushroom hunting, and was a proud patriot. Mr. Calloway loved spending time with his Grand Children.

Friends may call from 4-8 p.m. Tuesday May 21, 2013 at Goodwin Funeral Home, Frankfort. Funeral service will be held at 11 a.m. Wednesday May 22, 2013 at Goodwin Funeral Home. Interment will be in Greenlawn Memorial Park with Military Honors. Memorial donations may be made to the Clinton County Cancer Fund with envelopes available at the funeral home.

He was preceded in death by his mother.