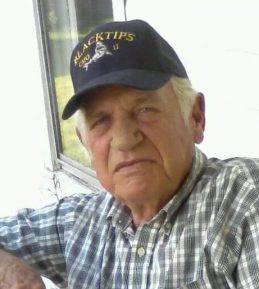 Larry G. Smith, 80, of Frankfort, died, peacefully with family by his side, at 2:40 p.m. on Tuesday, August 27, 2019, after a lengthy illness.  He was born November 30, 1938 in Frankfort, IN to Lloyd Vernon and Ruby Lucille (Myers) Smith. Larry married Helen B. Blanton on January 20, 1967. She preceded him in death in 2006. Larry graduated from Frankfort High School. Following serving his country with the United States Navy, he retired in January 2003 from Mallory / Emerson after 43 years of service. Larry enjoyed bowling and fishing but his greatest joy was spending time with his children and grandchildren.

In lieu of flowers, donations may be made to Franciscan Hospice Care.

In addition to his parents and wife of 45 years, he was preceded in death by his sister: Linda M. Smith in 2018.