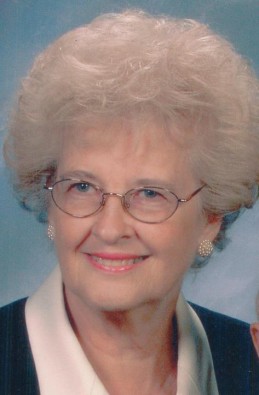 L. Nadine (Edmonds) Beard 83, of Frankfort, died at 11:50 p.m. September 25, 2014 at Mulberry Health Retirement Community. Born May 9, 1931 Jefferson City, TN to the late Walter & Hattie (Gilbert) Edmonds. She married Kenneth Beard on February 5, 1949 in Frankfort and he survives. Mrs. Beard was a 1948 graduate of Frankfort High School and a lifelong Clinton County resident. She worked in clerical for P.R. Mallory, Federal Mogul and Michael Construction, working for 38 years and retired in 1996. Nadine was a member of the First Church of the Nazarene.

Visitation will be 2-4 p.m. Sunday, September 28, 2014 at Goodwin Funeral Home and one hour prior to the service on Monday. Services will be 10:30 a.m. Monday September 29th at the funeral home. Burial will be in Bunnell Cemetery. Memorial donations may be made to the First Church of the Nazarene.