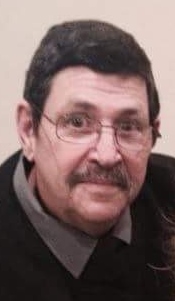 Kevin D. Calloway, 62, of Frankfort, died at 6:50 a.m. Saturday, August 13, 2016 at the Clinton House Health and Rehab, Frankfort, IN.  He was born on June 29, 1954 in Lafayette, IN to Joseph C. and Julia Ann (Hillman) Calloway.  Mr. Calloway had previously worked at Exide and for the Frankfort Parks Department.  He enjoyed gardening, cooking, canning, spending time with his children and Grandchildren and Facebooking with his family and friends.  He attended Clinton Prairie High School.

Services will be held at 2 p.m. Thursday August 18, 2016 at the Goodwin Funeral Home in Frankfort. Friends & family may visit one hour prior to services at the funeral home. Burial will follow at the Bunnell Cemetery in Frankfort. Memorials may be made to the Clinton County Cancer Society, 241 S. Broadway St., Frankfort, IN 46041.