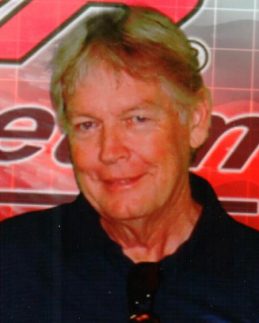 Wayne attended 1st grade at Temple Hill Grade School in Thompskinsville, Kentucky.  His family moved from Kentucky when he was seven and he worked for Jimmy Joe Davis with his dad. He was a 1962 graduate of Clinton Central High School.   Wayne retired from Allison’s in 1992 and worked part time at Precision Truss and Penske Truck Leasing.  He was a member of The Sons of the American Legion in Kirklin, the Beard Masonic Lodge and served on the Kirklin Town Board from 1980-1983.  Wayne enjoyed camping, gardening, motorcycle riding since he was 20 years old, mushroom hunting and fishing.  He loved spending time with friends at the Sheridan Legion, talking about the old days.

Visitation will be 12 Noon-2 p.m. Wednesday, July 12, 2017 at Goodwin Funeral Home. Funeral service will begin at 2 p.m. at the funeral home. Burial will be in Oak Hill Cemetery. Memorial donations may be made to Pulmonary Fibrosis Foundation.

In addition to his parents, he was preceded in death by his father-in-law, Rex Beets.