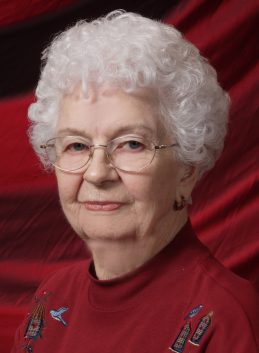 After graduating from Michigantown High School and Huffer Beauty School, Kathleen worked as a beautician in Frankfort. Later she was employed at Alden’s Department Store in Frankfort for 5 ½ years and then at Clinton County Bank for 20 years, retiring on August 31, 1981. She was a member of Michigantown Christian Church and was also active in various organizations including Priscilla Club, Women’s Council, Busy Bees, Clinton County Diners Club, and Home Study Club. In later years, she particularly enjoyed baking, quilting, and working crossword puzzles. She was known by family, friends, and neighbors for her pies, cookies, and dessert breads.

Funeral services for Kathleen will take place at 2:00 p.m. on Saturday, December 16, 2017 at Goodwin Funeral Home, 200 S. Main St., Frankfort, with visitation starting at 1:00 p.m. prior to the service. J. Lewis Fox will officiate. Burial will follow at Whiteman Cemetery, just south of Michigantown. Memorials may be made to Michigantown Christian Church, 108 W. 2nd St., P.O. Box 270, Michigantown, IN 46057.