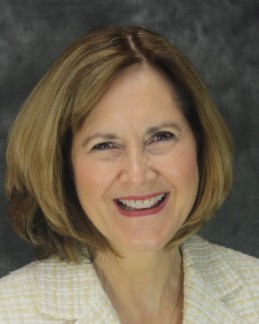 Karen was the President and CEO of the Farmers Bank in Frankfort. She joined the bank in 1995 and has been in her current position since 2006. She was previously employed with the former Clinton County Bank & Trust in Frankfort 10 years. Prior to her banking career, Karen was a staff accountant for nine years with the CPA firm of C.S. Oats Accountancy Corp. in Lebanon, IN.

She was a 1973 graduate of Frankfort Senior High School and earned her bachelor’s degree in 1977 in accounting at Ball State University. She received her Certified Public Accountant certification from the State of Indiana in 1986. Karen is a 30 year member of the Indiana CPA Society and served on their Financial Services Committee, President of Clinton County Partners in Progress, Board Member of the Clinton County Chamber of Commerce, the Clinton County Community Foundation and the Indiana Chamber of Commerce. She was a Regional Director with the Indiana Bankers Association and a Past President of Frankfort Main Street. She was a member of the First Christian Church where she served as Past Chairman of the Board and also as an Elder and Deacon. She also served the church as a Sunday School Teacher and Youth Group Leader.

Services will be held at 10 a.m. Wednesday, November 11, 2015 at the First Christian Church, 58 South Columbia St., Frankfort. Visitation will be from 2-8 p.m. Tuesday, November 10, 2015 at the church. Burial will follow the service at Green Lawn Cemetery in Frankfort. Memorials can be made to the Clinton County Humane Society or the Community Schools of Frankfort Education Foundation.

a brother and a sister.