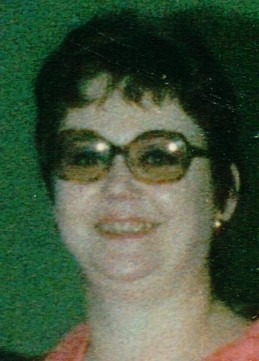 Joyce Allene “Peg” (Cooper) Downs 65, of Frankfort, IN, died April 4, 2014 at 10:10p.m. at the Clinton House Health and Rehab Center. Born June 23, 1948 in Kilmore, Ind. to the late Robert E. Cooper and Carrie (Freels) Cooper. She married James T. Downs on March 20, 1987 in Frankfort, Ind and he survives. Peg was a graduate of Frankfort High School. She worked in nursing care in Frankfort for many years. She was a member of St. Mary’s Catholic Church. Peg enjoyed taking care of people, was an avid reader and loved babies and cats.

Memorial Services will be held on Wednesday April 9, 2014 at 7:30p.m. at the Goodwin Funeral Home 200 S. Main St. Frankfort, IN. Friends and Family may visit at the funeral home one hour prior to the service on Wednesday. Father Chris Miller will officiate.

One Condolence for “Joyce A. “Peg” Downs”