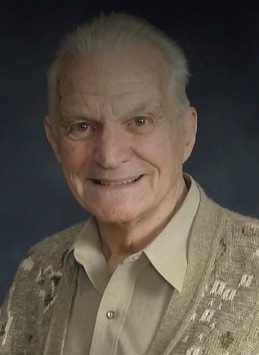 Joseph Robert Rice 89, of Frankfort, IN, died at 3:09 p.m. May 26, 2013 at St. Vincent Frankfort Hospital. Born May 2, 1924 in Rising Sun, Indiana to Joe Carol & Mary Louise (Drescher) Rice. He married Bonnie May Smith on December 29, 1946 in Frankfort and she preceded him in death on December 9, 2006. Mr. Rice was a graduate of Martinsville High School and International Business College in Fort Wayne. A veteran of the U.S. Air Force, he served from November 18, 1942 until December 14, 1945 in the Pacific. He had lived in Fort Wayne from December 1946 until moving to Frankfort in May of 1948. Mr. Rice was an accountant and worked for Peter Paul for 19 years and Indiana Brass for 8 ½ years. He was a member of the First Evangelical Presbyterian Church in Frankfort for over 60 years where he was past Sunday school teacher, Deacon and Trustee, former member of the Lions Club and was a Boy Scout Leader.