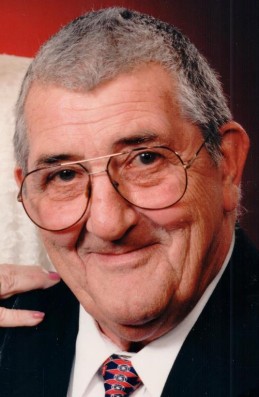 Joseph P. Ayres 89, Frankfort, died December 24, 2013 at his home, born September 1, 1924 in Frankfort, IN to the late George & Lucille (Davis) Ayres. He married Georgia Ann Rogers on June 4, 1950 in Frankfort and she preceded him in death on November 15, 2012. Mr. Ayres was a graduate of Frankfort High School. He worked for Nickel Plate Railroad for 15 years, then at Chrysler in Kokomo. A veteran of the U.S. Army, he served in the Philippines from October 1944- November 1946. Joseph was a member of the Moose Lodge, American Legion and a life member of the VFW and was active in the American Legion/VFW honor guard detail. He enjoyed fishing in Canada, moose hunting, was an avid fan of all sports and was known for saying “Not Today Charlie Brown”.

Services will be 11 a.m. Tuesday, December 31, 2013 at Goodwin Funeral Home. Visitation will begin at 9 a.m. at the funeral home. Burial will be in Green Lawn Cemetery. Memorial donations may be made to the charity of donor’s choice.

In addition to his wife, he was preceded in death by a brother, Tom Ayres, sister, Virginia Irwin and 2 sons, Bruce William and Joseph P. Ayres, Jr.