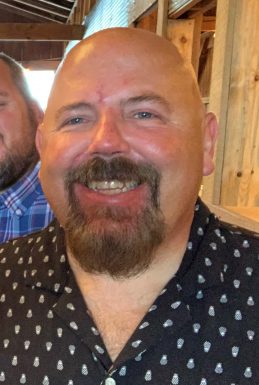 Joseph Jennings Tackett, 52, of Frankfort, passed away unexpectedly on September 19, 2021.  He was born November 22, 1968 in Southfield, MI to the late Clarence & Linda (Walker) Tackett.  He grew up in Westland, Mi where he attended John Glenn High School and graduated midterm in the year 1986. Joe enlisted in the U.S. Army, serving from November 20, 1986 – December 1, 1988 in the 2nd Battalion, 75th Ranger Regiment in Fort Lewis in McChord, Washington.   He specialized in communications during combat while deploying in Panama and Beirut. After completing his duties, Joe moved to Mooresville, IN, where he met and married (later divorced) his wife, Cynthia Byrne on December 10, 1988.  Joe worked as a machinist at Overton & Sons Machine Shop, International Harvester, Rolls Royce and Caterpillar.  He then worked as a maintenance technician with Valenti.  Before passing, Joe was attending Indiana University of Kokomo, where he was working toward his Bachelor’s Degree in Business.   Joe attended the First Church of the Nazarene in Frankfort with Keona.  He took pride in his firearms, fishing, hunting, traveling and above all else, his two children and grandson.  Joe will be dearly missed by many, as he was our gentle giant.

Visitation will be 1-3 p.m. Friday, September 24, 2021 at Goodwin Funeral Home, 200 S. Main St., Frankfort. Funeral Services will begin at 3 p.m. at the funeral home. An additional visitation will be held from 1-3 p.m. Saturday, September 25th at Carlisle-Branson Funeral Service & Crematory, 39 E. High St., Mooresville, Ind., with a service beginning at 3 p.m. Saturday. Burial with Military Rites will be in Mr. Pleasant Cemetery in Monrovia, Ind.