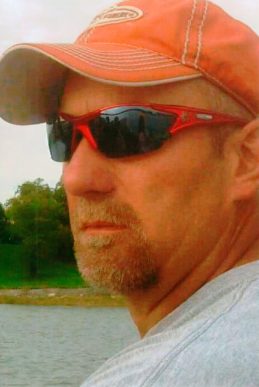 Johnny was a 1984 graduate of Clinton Prairie High School and a lifelong Clinton County resident.  He worked for Frito Lay for over 28 years as a mechanic.  His was a member of the Frankfort Eagles Lodge.  He enjoyed camping, hunting, fishing, bowling, demolition derbies, RC derbies, spoiling his grandkids, and spending time with his wife, kids, mother, friends and family.  He was of the Baptist faith.

Memorial donations may be made in Johnny’s honor to Clinton County Boys & Girls Club.

Services will be held at 11 a.m. Saturday, May 13, 2017 at the Goodwin Funeral Home.   Friends may visit 5-8 p.m. Friday, May 12, 2017 at the funeral home.  The family requests in Johnny’s honor that casual attire be worn for his visiting and services.  Interment will follow the service at Bunnell Cemetery.

He was preceded in death by his grandparents:  Roy and Thelma Bennett, Carl and Ruth Williams;  Uncles:  Dennis Bennett and William Webber; and a Brother-in-law:  Jeremy Bray.