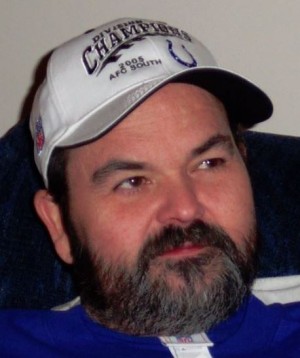 John A. Ferguson 53, Frankfort, IN, died at 5:34 p.m. April 5, 2013 in his home. Born April 18, 1959 in Frankfort, IN to James A. & Lucille R. (Branham) Ferguson. John was a lifelong Frankfort resident, graduating from Frankfort High School in 1977. He had worked as the store manager for Auto Works in Frankfort. He was a sports fanatic especially NASCAR and Joe Gibbs racing. He was also a Redskins fan.

Visitation will be at Goodwin Funeral Home on Tuesday April 9, 2013 from 5 to 8 p.m. Services will be held from the funeral home on Wednesday April 10, 2013 at 10:30 a.m. Mark Miller will officiate. Burial will follow the service in Green Lawn Memorial Park. Memorial donations in memory of John may be made to the Charity of the Donor’s choice.

Preceded in death by his parents and a brother Mike Ferguson.

4 Condolences for “John A. Ferguson”